IT Outsourcing Contracts Renegotiation: When? Why? How? 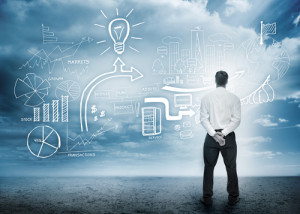 Three scenarios, one of them extremely surprising, recommend the renegotiation of your current IT outsourcing contract. Each of these scenarios shows distinct motivations and different objectives to be achieved during the renegotiation. Initially, let us define them through the perception of the buyer organization about how much its expectations are being (or not being) met.

Let us discuss each of the proposed scenarios, taking into consideration their characteristics, the root causes that motivated their appearance and the objectives aimed during the renegotiation.

Among the usual characteristics of this scenario we can find:

– Projected cost reductions do not show up.
– Provider performance is below (sometimes much below) expectancies.
– Relationship buyer-provider shows an intolerable degree of attrition.
– Business operations of the buyer organization are negatively impacted.
– Users’ satisfaction is progressively deteriorating.

The appearance of this scenario is usually associated to failures during the IT outsourcing project implementation, as follows:

– A bad definition of the outsourcing decision drivers.
– An ambiguous and inconsistent selection of provider(s).
– An unskilled negotiation of contractual terms and conditions.
– An inadequate services transition.
– A weak or non-existent contract governance process.

As a consequence of the deep contract maladjustment, two alternatives can be pursued during the renegotiation process:

– Contract cancellation and the subsequent resumption of the service by the buyer or its transfer to another provider.
– Contract continuation through the renegotiation of the contract terms and conditions aiming at fixing once and for all the problems identified.

Naturally, a pre-requisite to the achievement of an efficient and effective renegotiation is that lessons have been learned from all failures incurred during the initial IT outsourcing adoption process. As a result, each step of process must now be appropriately exercised.

This scenario shows some typical characteristics, as follows:

– Contract operations are reasonably efficient if we consider the contractual terms and conditions agreed in the contract signature.
– Effectiveness of business results achieved shows a decreasing trend because the agreed contractual terms no longer support the mutant requirements of the buyer organization.
– Buyer organization feels captive of a contract that still has a long remaining period (for instance, only 4 years elapsed of an agreed 10-year contract) with no clear perspective on how to adjust its terms to a new market dynamics.

The materialization of this scenario is commonly associated:

– To the rigid contractual terms and conditions that do not allow some clauses to be rehashed aiming at supporting the new requirements of the buyer.
– To the increasing speed of the adoption of the so-called digital disruption and its deep effect over the business requirements of the buyer organization, through the use of the new technologies such as cloud computing, big data analytics, internet of things, mobile apps, etc.

The renegotiation effort should concentrate on the review of some contractual clauses, or the creation of new ones, which can bring more flexibility to the contract, such as:

In order to achieve such objectives, it is vital that the contract negotiation process be somewhat refined. The former process, as we can infer from the adequate current contract operations, was reasonably implemented, at least if we consider the original contractual agreed terms. Such refinement must focus, as we stated above, on the clauses concerning the agile and permanent fulfillment of new requirements.

Typical characteristics of 3rd. scenario are:

There is only one simple and straight reason that results in an adjusted contract (both in terms of efficiency as well as effectiveness): the implementation according to the best practices of each of the steps of the IT outsourcing adoption process, from the definition of the business drivers through the contract governance.

However, the reader of this article will probably have one question: why a renegotiation is recommended here if the 3rd scenario seems to be so perfect?

The answer will be seen in the next section.

First, there is no scenario that could be called perfect. Any scenario can be improved in some way and such improvement may be achieved through a renegotiation that will lead to still better and bigger outcomes to both parties. But … this is NOT the main reason that should motivate the renegotiation.

This scenario is unique because it may lead to a renegotiation that can simultaneously benefit both the buyer and the provider organizations. Are you surprised? Let us see:

– If we consider the provider’s viewpoint, the main objective of a renegotiation in this scenario will be the postponement of the contract termination date, ensuring additional revenue during a period of time to be agreed. For instance, let us imagine that in a 10-year IT outsourcing contract, only 3 years are left until the termination date. A 5-year extension would turn the remaining contract period from 3 years into 8 years, resulting in a 167% increase of the future planned revenue.

– Let us bring in some numbers to clarify the financial consequences of such renegotiation. Suppose that the monthly revenue of the contract is US$ 2 million. Such renegotiation would generate US$ 120 million of additional revenue to be charged to the buyer organization during the extended 60-months period.

– If we consider the buyer’s viewpoint, the main objective of a renegotiation in this scenario will be to get a discount on the current prices of the contract. Back to our hypothetical example: let us suppose that, as a compensation for the 5-year extension, the parties agree a 10% price decrease to be effective immediately and valid during the remaining 8 years (that is, not only during the 5-year extended period) of the contract lifetime. That is, the US$ 2 million monthly invoice will now be a US$ 1.8 million invoice. Thus, the accumulated decrease along the 3 remaining years of the current contract would be US$ 7.2 million (= 36 months x US$ 200,000). Moreover, after agreeing this 10% reduction, the provider will relinquish US$ 12 million along the 5 additional years of the renegotiated term, as it gets US$ 108 million of additional revenue and not US$ 120 million, as the previous item had stated.

– Anyway, it is now clear that from the contract renegotiation a mutual benefit to both parties may result. And by the way, it must be obviously noticed that the agreed 10% price reduction will be made effective without any loss of the quality indicators originally agreed in the contract.

– Furthermore, the parties should seize the opportunity brought by the renegotiation to revise and agree some improvements in the contractual processes, aiming at achieving an even higher degree of efficiency and effectiveness in the contract operations, deepening the positive characteristics of the so-called 3rd. scenario.

Have you lived (or do you live) one of the 3 scenarios discussed here? Do you agree that a renegotiation could help you? Enrich the discussion with your comments.