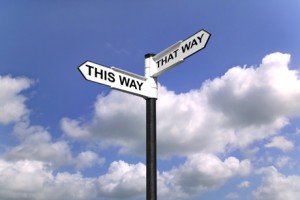 It may sound surprising to some people that the probability of success in a cloud adoption project can be increased if the buyer organization has had a previous experience in the traditional outsourcing area. More surprising yet: this may be true even if such previous experience was not completely successful. Which facts support such conclusions?

Under an IT services outsourcing perspective, cloud adoption is merely one of the possible (and surely promising) options for the external contracting of IT services by an organization. Many aspects are common to all existing alternatives, and the long matured and learned lessons during a previous exercise may be a relevant facilitator for the exploration of such innovative option. This will avoid the same mistakes be made and will bring more effectiveness to the decisions taken along the cloud journey.

Such matured and learned lessons are normally identified during each step of the previous experience:

Many of the activities performed in each of these steps are similar, no matter if we consider the traditional outsourcing or the cloud scenario, but be sure the applicable cloud specific components be added.

It should be emphasized that, on the contrary, if lessons learned are not adequately considered, success probability of a cloud project can be significantly decreased. More surprising yet, this trend can be perceived long before cloud specificities are added to the discussion.

Naturally, a cloud adoption project can be successful even if no previous outsourcing experience existed, but there is no doubt that the task will be harder because lessons will have to be learned in-flight, frequently in a trial-and-error process that will confront many unknown and/or unexpected hurdles.

Among the decisions to be taken along the cloud adoption journey and whose hit rate can be significantly increased as a consequence of the accumulated previous experience, we can mention, for each step of the process:

As shown, a previous experience on a traditional outsourcing project lets organizations anticipate how to deal with many of the aspects involved in each step of the adoption of the cloud alternative. The lessons learned along this previous experience permits a solid base be built for cloud deployment, over which all specific issues of the cloud scenario must be mandatorily and adequately considered.

Portuguese and English versions of this and many others of my articles concerning both the traditional IT outsourcing and the cloud scenarios are available here in TI Especialistas portal. You are also invited to access all of them and enrich the discussion with your comments.