No Time to Document? You must have lots of money…

Many times, how to do something is well documented. Instructions for recipes, for directions, for medicines – they are everywhere. Recipes – what is needed for cake, how much to add, how long to bake, what temperature the oven; directions – where to turn, how far to travel a street or highway; medicines – what years qualify, what dosage to take, how often to take, when you should stop. In many cases, we already know – as the process involved has not changed. We check the instructions – they are the same.

IT systems however, they change – and change often! And the more complicated the system the more changes involved, the more people and users are affected and the more dominoes are ready to fall if everything is not handled properly. Most learn as the mistakes happen, remember their mistakes, and correct themselves on each repeating event. BUT – what happens when that person leaves the company and goes elsewhere? Without documentation, if a transition process occurs then the transfer of the tasks, knowledge and processes from the person leaving to someone in leadership or to the replacement person will still have voids from missed items, misunderstandings and questions not asked (because at the time, there was not something that raised a question).

Now, this is only for one person – imagine an entire company changing from an internal IT department to outsourcing, that is – having another company manage and own the operations, security, upgrades, version control, change management, business processes, data flow, and everything else involved with an IT system. For most modules within the system, any customizations and associated business processes will not be too difficult to ascertain and master. However, in every system, whether Oracle, SAP, PeopleSoft or any other medium to enterprise level relational database system, the HRIS modules are extremely complex, detailed and full of caveats. The data flow and business processes within the HRIS systems is similar to dominoes. If not setup properly or used properly, then the uses will witness of dominoes they will never forget. Some missteps can be easily corrected, other missteps will result in data that can be seen by some people but not all the people that should see their information, and other steps – as has been experienced recently by one of my clients – will bring the entire system down and will require a complete restoration.

In the days of past, many people stayed with a company 20, 30, 40, or more, years (in the USA, the retirement age – though not mandatory – is 65; in other countries, the retirement age is earlier). Most people in the days of the past would work 50 years before they retired, while working for anywhere from one to 5 companies. Today, many people will work for 5 companies before they complete their first 25 years of work. Along with this change has been the complexity of the work – and when a person leaves a company, usually most of what they have learned and know goes with them. Some will remain behind with the company not enough to make the transition from the person leaving to the replacement person go very smoothly. Again, change all this from an internal IT system – including HRIS – to outsourcing these services.

In a change from an internal service to a third-party service – or outsourcing – everything that was not clearly documented, even why things were decided, becomes magnified. In many cases this results in a lot of “bad-blood” in the relationship between the company that is outsourcing and the company hired as the outsource.

Though not the perfect answer to this dilemma, it still goes a long way in resolving many problems: DOCUMENTATION. Everything — and I mean E-V-E-R-Y-T-H-I-N-G – should be documented with the business processes used to maintain the flow of data, tasks, and decisions. The biggest EXCUSE I hear for not doing this is there is not enough time to do this. My response is always, “You may not have the time but you always seem to have the money to do it incorrectly.” There are MANY studies on how much it costs to correct an error – example: ONE paycheck generated incorrectly can cost as much s US$75 to correct, but usually near US$50 – that is PER CHECK. If a deduction has gone uncorrected for several paychecks, the cost is more. Why such a cost? Well first, the computer does only what it is told – it is like a very well trained dog doing ONLY what it was trained to do. You train it incorrectly, it does it incorrectly. Next, someone has to determine what should have happened and correct the system, doubling – or more – the work to product the one paycheck. Then, if there were taxation issues involved, or vendors involved, corrections need to be sent to the agencies and companies. Hopefully, they will apply it properly to their records – if they don’t, then the company and the agency or vendor have to work out why the correction failed. Time usually involved in a correction? For the company? Could be as much as 2 hours. For the agencies or vendors? Add another hour. Remember, this is for ONE paycheck. The economies-to-scale does kick-in when there are multiple errors, but the cost to correct does not decrease either.

Detailed documentation will go a long way in resolving much of the problems as well as keep as many dominoes from falling. In theory, when a person leaves the company, the replacement person who is familiar with the system should be able to sit down and perform most of the tasks without needing to ask too many questions – IN THEORY. And as we all know, theory and the real world always like to collide… As a result we are always struggling with managing and correcting the IT system. This includes version control, change management, daily tasks, and system operations.

But the long-term effects of detailed documentation has shown its return in multiple folds – and has allowed the company to focus on what they should be doing in the first place – building and managing their business instead of their system managing and frustrating them. 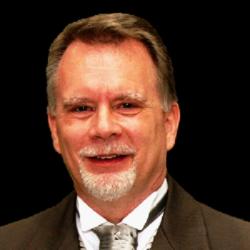