IT Outsourcing Contracts: Relationship between Parties 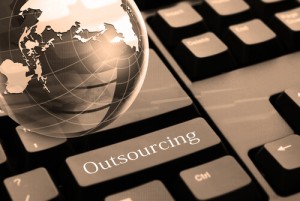 As an industry which lives an accelerated maturing process, IT services outsourcing, seen as a management tool, has shown a significant progress concerning the attitude and the vision of its leading figures: the clients and the providers. But, there’s still much to do, as we will see, especially when we consider the specificities related to the newly disseminated cloud solutions.

On the clients’ side, we observe an advance which results from a learning process, originated from their own accumulated experience, from the consciousness of their own mistakes and from the observation of someone else’s mistakes. Such advancement brought a better balance on the relationship between both parties, originally most favorable to the provider.

On the providers’ side, we also observe an advance which brought them a greater capability to provide services which effectively add a strategic value to the clients’ business and not only complement their operational deficiencies in specific areas.

However, there’s much to invest in the relationship management area, which is, by the way, absolutely vital for the effective accomplishment of the potential benefits of an outsourcing project. This area is ultimately responsible for the prioritization of the services, for the verification of achieved results and for the continuous pursuit of improvement and innovation opportunities along the contract lifetime as a response to the dynamic requirements of the clients’ business.

Most outsourced services management processes focus only on the operational aspects, mainly those related to a bureaucratic contract administration. They have been built almost as an extension of the clients’ budget control mechanism. Such process are primarily exercised after the occurrence of the facts and oriented to a mere verification about the fulfilment of the contractual obligations by both the provider and the client.

Although such processes may be effective in light of their strict purpose, as they enable to take corrective actions aiming at operational adjustments, they ignore all dimensions of a proactive management of the associated contractual risks.

However, as outsourcing projects frequently also embodies a strategic intent, such relationship management process should not only deal with administrative and operational issues but mainly with the anticipation and prevention of the materialization of such risk factors.

Many of the problems which arise along the lifetime of an IT outsourcing contract could be avoided, or at least minimized, through a systematic process which must focus on the permanent exercise of the relationship management discipline between providers and clients. To focus adequately, it is necessary to distinguish between the issues which take into account the formal aspects of the contract (for instance, assuring that its terms and conditions are fairly founded, that the service level agreements are adequately built, etc) and the issues which lead to the real success of the contract, such as a mutual trust and respect, frankness and transparency, a partnership mindset, a risk-reward sharing attitude, etc.

A correct and balanced approach to both aspects is vital if the parties want to maximize all potential intended benefits towards a successful IT outsourcing project. Frequently, however, the formal issues are overvalued relatively to the behavioural relationship issues and the client’s and provider’s management levels don’t seem to be able to understand and administer the complex challenges which emerge during the dynamic and interdependent kind of relationship which prevails on an IT outsourcing project.

Also, on the clients’ side, it is many times supposed that the responsibility to invest in the quality of the relationship is not theirs, but the providers’ only. These clients erroneously suppose that if they evidence any especial interest about this matter, they will undermine their bargaining power.

The relevance of this topic tends to be yet more emphasized in a scenario with multiple providers, which is typically prevalent on cloud environments, for which tens of providers may coexist, not always in a peaceful way, each one responsible for a specific segment of the entire service. Moreover, this factor adds still to a certain degree of immaturity of the cloud services market. Such immaturity, mainly on the clients’ side (but in a certain degree also on the providers’ side), may be detected especially during two critical steps of any IT outsourcing project: the contract negotiation and the contract governance, both of which must deal with cloud-related relevant specificities as compared to a traditional ITO contract.

In future articles, we will discuss in detail the elements of a relationship structure as well as the typical problems identified and how to overcome such difficulties. We will also be discussing all cloud-related specificities which must be taken into account during the negotiation and governance of the contracts.