Crisis in IT outsourcing contracts: how to solve it … and what you should have done earlier 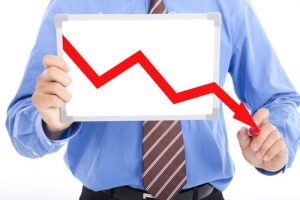 Have you lived a crisis in an IT outsourcing contract? What actions should be taken to solve it? Even more, what could have been done earlier to avoid it?

At least 6 clues typically mould a crisis in an IT outsourcing contract.  All of them evidence some kind of discomfort inside the buyer organization which has the perception that…

…the quality of the services provided is unsatisfactory,

…some requested services are not executed allegedly because they would be out-of-scope,

Such clues, when not timely addressed, tend to deteriorate the relationship between parties, making it difficult, little by little, the achievement of the potential outsourcing benefits.

Such deterioration can be identified through some clear signals, made explicit by both parties, such as:

In an extreme situation, such crisis scenario can reach levels which may irrevocably prevent its reversion, leading to a contract cancellation, which typically results in a tiring and traumatic process for both parties.

Crisis remediation mandatorily compels both parties to admit the seriousness of the scenario and to recognize that the conflicting points must be discussed and solved in a frank and fair way. Some actions typically adopted are:

Actually, the actions proposed above constitute a reactive action to an undesirable scenario that already exists. However, some previous actions should have been taken to drastically minimize the probability of a crisis occurrence.

To achieve it, full attention must be devoted during the negotiation of some critical items of the contractual terms and conditions, such as:

Do you agree with the viewpoints here presented? Enrich the discussion with your comments.